SporeWiki is a wiki for the community of players and other fans of the video game Spore. Spore is a so-called "god game", first released in 2008, that lets players develop and control a species through its evolution from a microscopic organism all the way to an advanced creature that can build and pilot spacecraft. Spore was developed by the game company Maxis and designed by Will Wright, best known as the creator of the Sims video game series.

SporeWiki is hosted on Wikia. It has over 100,000 pages of content, and retains an active base of readers and editors. 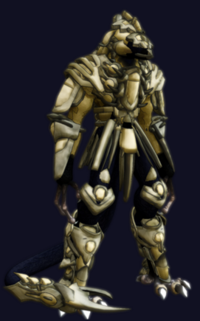 SporeWiki began to attract attention even before Spore was released, including on the website "Gaming Steve". Game designer Will Wright presented "Naucean", a species created by a user and described on the wiki, at his presentation at the Game Developers Conference in 2006.

SporeWiki has been a featured wiki several times on Wikia. In 2009, they had the chance to interview Will Wright.

The community of SporeWiki is comprised of a wide demographic of users, including fan fiction writers (mainly science fiction and fantasy), gamers, roleplayers and users with interests in science and art. SporeWiki uses a diplomatic-style system where decisions are made using polls, forums and IRC. 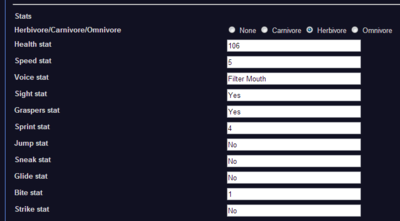 Part of a form used to edit information about a user-created species, "Alcarian", at http://spore.wikia.com/wiki/Creature:Alcarian?action=formedit

SporeWiki uses many MediaWiki extensions to keep organised and to build projects with easily-interactive tools. These include both Semantic MediaWiki (Version 1.7.1) and Extension "Page Forms". The wiki includes extensive information about the game, fan-written fictional universes, content namespaces and the Taxonomy Project.

SporeWiki uses Semantic Forms, which make it simple to edit pages even for users without any prior knowledge in programming. There are currently 18 forms in use, used for both in-game information (like various species, their locations and empires) and information about the real world, like related video games and user information.