Standards of professional activity are documents that describe skills, knowledge and responsibilities relating to a professional's position. They are used in many areas and for many purposes: for hiring, creating curriculums at universities, certification programs, etc.

In the talk I will describe:

How the data is organized[edit] 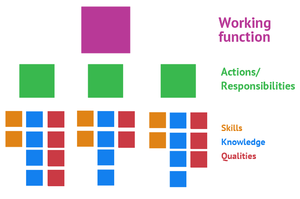 Working functions are organized in two-dimensional structure. The first dimension is qualification level, and the second dimension is activity category of the function. 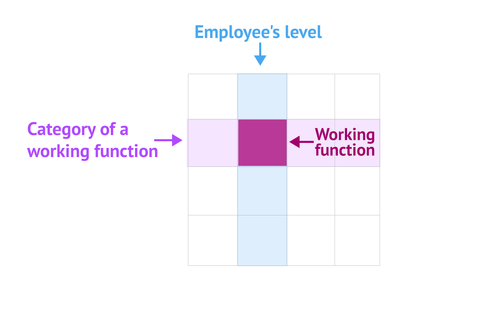 The more qualification level is - the more responsibility the worker has and the higher position he can occupy in organization. For example 4th level Manager is responsible for 'here and now operations' and can be a boss of relatively small number of employees. The possible position for 4th level Manager in software company is team leader. In building he can be called foreman or brigade leader.

How Semantic MediaWiki have been used[edit]

It was hard to represent the matrix structure in SMW and at the same time untie the working functions from the classification framework. With the help of format=template we managed to create the following table:

Every row in this table is a category of work that a worker performs. Every column is a level of the worker. The intersections are the candidates for working functions described above.

For the project we've used subobjects quite extensively. It had its benefits but the queries became very complex.

Nevertheless the structure of the project is quite good and allows modifictions. Here Extension "Page Schemas" were very useful: they allow you to generate the templates, forms and properties automatically and change them easily. In fact we were so excited about Page Schemas that even create a screencast on them:

We've developed the voting tool that allows users to collaboratively decide what the worker should and shouldn't do. Each cell of a table is clickable and shows the list of candidates for the working functions 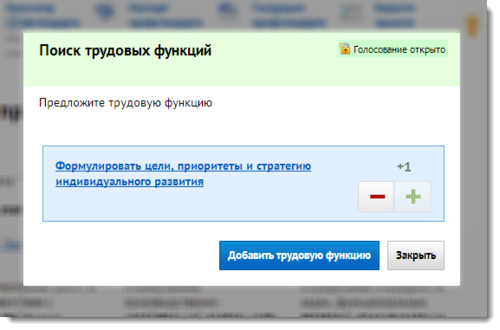 But we've soon discoved that Article Feedback is not nearly as powerful as we need. So we've created the new rating tool that allow administrator to create various kins of rating criteria for different categories. The results of the ratings are accessible with semantic queries and that allows us to use them for sorting. 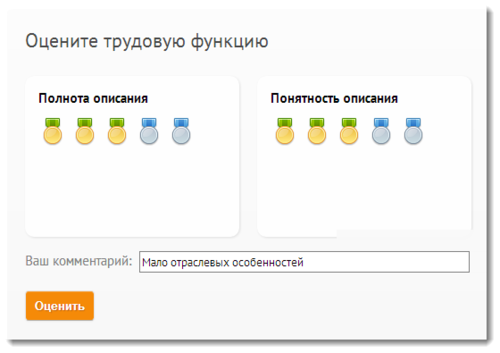 We've developed the extension that generated *.docx file with final version of the standard. The extension queries all working functions and chooses the leaders of the rankings.

Use case: the professinal standard of a manager[edit]

The pilot project was to develop the professional standard of the manager. Part of the development process have been done offline, only 30% of working functions have been proposed online in the wiki.

During the project we've learnt how important it is to figure out the processes of article editing, ranking and voting. The developed system have shown its usefullness but became too heavy and we're now in process of cutting off the features.