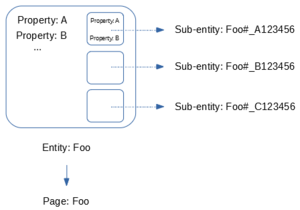 Figure 1: A simplified schematic of the relationship between an entity and related sub-entities in Semantic MediaWiki

In Semantic MediaWiki an entity1 is understood as something that describes (or captures) an individual representation of a concept, idea, fact, or thing. It is to be considered independent of other things.

Sub-entities, i.e. subobjects represent a special type of entity. They exist within the same entity space as the embedding subject, i.e the same page. They depict a parent-child relationship with the subject/page. Yet they are independent of the parent subject and individually addressable using the # sign.

The # sign, known as number sign or hash, identifies individual sub-entities in Semantic MediaWiki and should not be misunderstood as the fragment identifier used for associating sections with a HTML page.

As with children, they only exist within a parental context. The same principle applies to the sub-entity type requiring a parent, i.e. subject/page.