Biodiversity Of India is a wiki run under the umbrella of Project Brahma, a not-for-profit initiative aimed to create awareness about biodiversity conservation and the domino effects of species loss in India and across the world.

India is a megadiverse nation, housing around a tenth of world's species. India also has a rich cultural heritage going back thousands of years. Much of Indian biodiversity is intricately related to the socio-cultural practices of the land. Unfortunately, due to population explosion, climate change and lax implementation of environmental policies, several species are facing the threat of extinction. Not only does this affect the food chain, but also the livelihood and the culture of millions of Indians who depend on local biodiversity.

Project Brahma aims to create awareness of this problem, by increasing participation of the people in biodiversity documentation and conservation. In addition, there are several organizations carrying out notable conservation work in India. Our aim is also to create a central resource where such organizations can access all kinds of knowledge about Indian biodiversity. We imagine that the Biodiversity of India website will significantly enhance environmental conservation efforts in India. 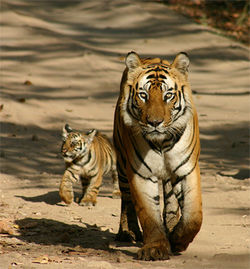 People know tigers are threatened, but rarely anything more beyond that

1.Lack of awareness about woes facing India's biodiversity: It can be assumed that many Indians know about environmental degradation. For people in cities, it is the excessive pollution and water woes that sensitize them to environmentalism, while in the rural areas, it is the irregularity of monsoons, reducing crop yields, reduction in groundwater and a host of such issues. However, relatively few people are aware of the alarming reductions in the flora and fauna. 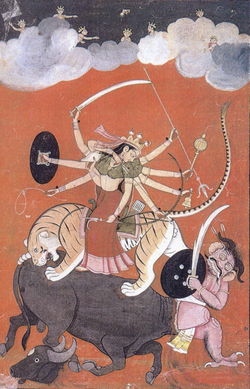 2. Lack of awareness about what is at stake: Indian biodiversity is unique, because it has intricate links with our socio-cultural practices and medicinal knowledge. However, these links are rarely appreciated. Loss of biodiversity not only leads to extinction of a given species, but also extinction of the cultural practices and local knowledge associated with that species. For example, the tiger is the national animal of India. The tiger is also considered the vehicle of Goddess Durga. They have been depicted as symbols of majesty in Indian culture. However, a resource that makes such knowledge accessible to the common man as well as integrating traditional knowledge with modern scientific inquiry does not currently exist. If such links are depicted clearly, the significance of biodiversity conservation will become more evident to the common man.

3. Inaccessibility of resources for getting that knowledge: Lack of awareness about biodiversity loss can be assumed to be highest among the urban population; people in villages tend to observe the diminishing populations of plants and animals right in front of their eyes. This lack of awareness in the urban populace is primarily due to having not enough exposure to nature. Additionally, people cannot readily access information about local biodiversity. Most of such information is contained in books, journals or on websites aimed towards the research community.

Project Brahma provides a unique perspective in tackling these hurdles. 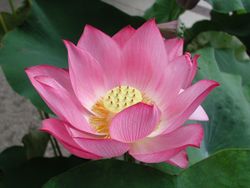 The lotus is the national flower of India, and Project Brahma's logo

1. Making biodiversity accessible: Although several biodiversity-related resources exist for Indian biodiversity, most Indians find these resources rather inaccessible (e.g., books in libraries). Additionally, many such resources are limited access, i.e. created, curated and managed by experts. Although expert curation substantially increases the quality of data, the common man is shut out of the process of knowledge creation and documentation. Through Project Brahma, we aim to make the process of entering and extracting information related to India's biodiversity easy and accessible to everyone with an Internet connection.

2. Making biodiversity interesting: As mentioned above, the first step for increasing community participation in biodiversity conservation is to make biodiversity interesting and approachable. We live in an Internet age, where technologies such as Youtube, Flickr, RSS and Atom feeds, Google Maps, Twitter etc. provide us with a unique opportunity to make people more interested in knowing more about India's flora and fauna. Project Brahma aims to make full use of these and other available technologies as a means to get more people involved in biodiversity conservation.

4. Increasing community participation: The final goal of Project Brahma is to get more and more people involved in biodiversity conservation. Through biodiversity documentation, creation of online learning resources, social networking and Web 2.0 technologies we hope to achieve part of this aim. These approaches would also be supplemented with grassroots level activities, in collaboration with NGOs, schools and colleges, which feed information into Project Brahma. We hope that such a multifaceted approach will provide a significant boost to community participation in biodiversity conservation.

We are common, everyday folks who felt agitated by the problem of species loss and decided to do something about it. People running this site on an everyday basis are PhD students and postdocs from reputed academic institutions in India and abroad. However, our contributors and supporters have included people from all walks of life - web designers, artists, college professors, freelance writers, NGO activists and academics. A list of people who have contributed the most to the site is available here.

Most of the content pages on our website involve a heavy usage of Semantic Mediawiki. For example, the definition of various semantic properties as well as inline queries can be found at the bottom of this page: Asiatic lion in Indian culture. Since ours is a fairly large website, we use SMW to enable the readers to find content easily on the website. We also use it to cluster and display evolutionarily related species (for example, showing all primates together on a species page for a primate). Other extensions used on the website are noted below.

Other site-specific extensions to query APIs from global biodiversity databases and parse out the information for displaying on our website were developed. A complete list of all extensions can be found on the [Special:Version] page.